To Get Prospects to a Buying Decision…Shoot for the Stars! 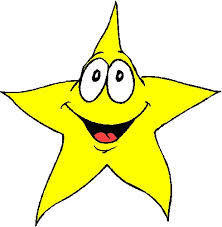 How do you know when you’re talking to the real decision-maker?  You’ve finished your sales presentation.  Your prospect is 100% satisfied with every solution
you’ve presented.  You go for the close, and suddenly the prospect, who assured you she was the decision-maker, has to run it by someone else.  That was the very situation Cody shared with our President’s Club this morning.   In sales, it seems everyone is the decision-maker until it’s time to make a decision.  So, how do you know who you’re really dealing with?

When determining a prospect’s decision-making process, you can use the technique of creating a Cast of Characters to
understand the dynamics you have to work with.  The Star will be the person with authority and control over resources, typically a president, CEO, or owner.  Co-stars may include Vice Presidents, CFO’s and directors, who focus on carrying out policies and influencing the star.  The star will often delegate decision making to a co-star.   Supporting actors, often managers and supervisors, have little purchasing authority or limited influence, but are responsible for gathering and analyzing data for the decision.

It turns out Cody was dealing with a supporting actor who was collecting data to present to her boss.  The number one fear of a supporting actor is to look bad in front of the boss.  In this situation, the right move for Cody would have been to push for a meeting with the boss by appealing to his prospects fear of looking bad.

It could have sounded something like this, “You know Judy, I’ve been doing this for a lot of years, and I know it better than anybody.  The odds are your boss is going to have a lot of questions.  Rather than trying to remember all the answers or just throw something out, doesn’t it make sense for me to be there to help make you look good?”

It takes guts to push to meet with the real decision-maker, but you can’t lose something you don’t already have.  Don’t waste your valuable time and energy presenting to people who can only say “no.”  Shoot for the stars!