Afraid to Cold Call? Get Permission to Interrupt 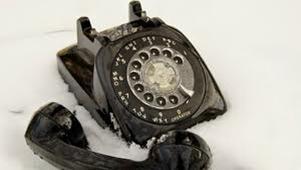 One of the main reasons salespeople hate to cold call is because they fear interrupting people at work.  After all, no
one likes being interrupted at work or home by a telemarketer.  Let’s face it.  From the prospect’s perspective, the person on the other end of the line has just interrupted his day.  He doesn’t know who this person is or what the call is about.

To make matters worse, the typical salesperson launches into a scripted monologue that sounds something like this. “Hi, my name is…I represent…I’m going to be in your area on…I’d like to stop by and…”  The prospect doesn’t have much of a chance to do anything but sit back and wait for the speech to end.  Do you know anyone who likes getting these calls?

So what’s a salesperson to do?  One of Sandler Training’s President’s Club members named Terry stumbled onto the solution.  She had recently begun working as an independent insurance agent.  She worked hard all weekend developing her cold call script and was proud of her masterpiece.  She got it down to only two pages, making sure to have an answer for anything the prospect could throw at her.  It was so good, some of her coworkers asked her to copy it for them.  She gladly did so, then sat down at her desk to make her dials.

On her first call, Terry was put right through to the company president.  “Hello, this is Nick Spencer.  What can I do for you?”

It was at that point, Terry realized she had left her script on the copy machine.   She started to panic.

“Uh, this is Terry from uh, from Baldwin & Associates,” she replied, feeling a bit queasy.

There was about ten seconds of dead silence before Terry plowed on, “Nick, it doesn’t sound like you know me.”  More silence.  Terry wanted to die.

When the prospect asked,  “What is this about?”, Terry began to gain confidence.

“Well, I’m not really sure…I think someone, perhaps you, was looking for information about the products I represent.”  Terry then waited.

“Could be.  Tell me a bit, and we’ll go from there.” Said Nick.  Five minutes later, Terry had her first appointment.

Instead of launching into her script and a five minute monologue, Terry winged it and stumbled onto an excellent response.  The prospect was still interrupted and had no idea what the call was about.  He needed more information, so he invited Terry to talk.  To put it another way, Terry got permission to interrupt her prospect’s day.

Are you forcing prospects to listen to scripted monologues and hard closes?  Doing so puts the prospect in control.  Instead, try dummying up like Terry did - only do it on purpose.  Being “invited” to tell your story puts you in control of the call.